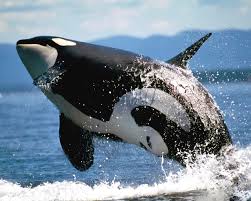 I grew up identifying as Atheist until I was about 34 years old, just 2 years ago. Religion, in my mind, was ridiculous. I thought people who believed in God were nuts. I was “sent” to Catholic school by my parents in the middle of 10th grade. This was a shock to me because I had minimal experience with religion. I stayed seated when my classmates went up for communion every week. I cringed when I heard the word God. The problem was that I was judging something I knew absolutely NOTHING about. I stopped drinking on 10-25-2006. I stopped on my own and did not seek treatment or any help to treat my alcoholism. I was a dry drunk for 4 years and filled my void with everything outside of myself, instead of looking within. That is, until a special force brought an amazing sponsor into my life. This was certainly my first God moment in AA. I was at a coffee shop celebrating my 4 years of sobriety with some friends. I was appropriately dressed as a witch because it was right around Halloween, not to mention I kinda acted like a witch the last 4 years of my dry drunken life. (Dry drunk=simply being sober, still stuck in the behaviors as when I was drinking). My friends presented me with a celebratory cake in the shape of a tombstone with a hand coming out of it and the cake read “Help Me.” My sponsor came into my life that night at that coffee shop. She had mascara running down her face because she had just come from the Soap Factory Haunted Basement. I loved her already. She gave me her phone number and I’m pretty sure my friends nudged her to do this, praying I would join AA already. It took a few months and I finally called her and began working the 12 Steps of Alcoholics Anonymous. Working with a sponsor led me to become simply WILLING to believe in a power greater than myself. She made it less scary to enter a world of the unknown that we are not expected to do by ourselves. I found it became easier to be willing than to be so resistant to the thought of a God or Higher Power of my understanding. My sponsor had me start writing down God moments, or moments that took my breath away. I found a very common theme here: WHALES! My first experience with whales was when I was 19 years old. My dad sent me on a week-long guided kayak trip up in British Columbia, Canada. My trip-mates and I were clumped up in our kayaks because orca whales were approaching. They surfaced closer and closer, until BOOM! Two beautiful females surfaced right in front of my kayak!! They dove under me and I put my hand in the water as they swam under me and I could see their white markings under water. Then came an outpour of emotions and all I could do was cry. All I can think of is that this is a Power Greater than myself. The way I felt at that moment was beyond spiritual. Since this experience, I have sought out and have had many of these God moments. Since I live in Minnesota and we lack these awesome marine mammals, I also have these moments with simple nature here, with deer or flowers or trees or squirrels or even my own dogs. I define spirituality as my connection to myself and the world around me, simple as that. It is not religion for me. I get to identify my own Higher Power. I really did come to believe that a Power Greater than myself could restore me to sanity, even though it took years. I believed those God moments could happen over and over and I would be OK. When my sponsor advised me to speak on Step 2 at a meeting once, I asked, “You want me to talk about whales??” She simply answered, “Well yes, they are bigger than you.” May you all find your Higher Power and embrace it as your own. My name is Melanie J. and I am an alcoholic. And with that I will pass.

This Terms of Service and Privacy Policy (this “Agreement”) constitutes a legally binding agreement made by and between Community of Recovering People LLC, 1221 Wayzata Blvd E, Wayzata, MN 55391 (“myRecovery”, “MyRecovery”,“we” or “us”), and the users of the myRecovery.com website (this “Site”). This Agreement governs your use of this Site.

PLEASE NOTE THAT BY ACCESSING OR USING ANY PART OF THIS SITE, YOU AGREE THAT YOU HAVE READ, UNDERSTAND AND AGREE TO BE BOUND BY THIS AGREEMENT. IF YOU DO NOT AGREE TO BE SO BOUND, DO NOT ACCESS OR USE THIS SITE. WE RESERVE THE RIGHT TO MAKE CHANGES TO THIS AGREEMENT AT ANY TIME. YOUR CONTINUED USE OF THIS SITE CONSTITUTES ASSENT TO ANY NEW PROVISIONS OF THIS AGREEMENT THAT MAY BE POSTED ON THIS SITE IN THE FUTURE.

Advertising information will be posted here.