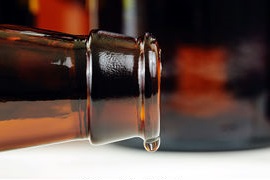 Last night, I almost had a slip.  Well, I kinda, sorta did have a slip…I just hit my 9 month’s sober anniversary three days ago.

My daughter was here in town, to move her stuff out of my garage, etc., to her new place with her fiancé in DC.  They borrowed my car to run some errands and came back to be picked up by her father to go to see her brother’s lacrosse game.  They brought back beer and we sat out on the patio.  I went in to get my last diet Pepsi to toast the move with them.  I had been saving it to have after dinner, but I got it anyway so that I could have something to toast with.

Her father came and picked them up.  They left their empty bottles in the recycling bin outside.  I hung out on the patio by myself for a while before I went back into the house.  When I went in I passed the recycling bin.  I could smell the empty beer bottles.  I walked past them and went in to read for a while before I fixed dinner.  I could still smell the empty bottles…cunning, baffling, powerful.  I finally went out to get the empties with the intention of rinsing them out and putting them back in the recycling bin.  I noticed that one of the bottles still had a little left in it; not much, but a little.  Before I knew it I drained the bottle.  It was just enough to get a taste.  God, it was good!

I think I went into shock.  I couldn’t believe I had done that.  It’s as if my arm was not my own.  I totally freaked.  I quickly rinsed the bottles out and hurried up to get them back in the bin.  I didn’t know what to do next, so I sat down and prayed.  What went through my mind next was a nightmare.  It’s as if all the work I had done in the last 9 months was gone.  I had visions of the past and of the future, all rolled into one.  I was alone.  My [sober] roommate was out of town.  I found myself thinking I could easily go up to the liquor store and get a six-pack and no one would know…cunning, baffling, powerful.  I could blame the “empties” on my daughter and her friends.  No one would question that…cunning, baffling, powerful.  All of a sudden I saw myself in the future, buying beer and hiding it around the house…saying to myself that I could “just have one” from time to time… cunning, baffling, powerful. Not!  Been there, done that!  I prayed harder.  I prayed to have God remove this obsessive thinking from me.  I thought about calling my sponsor, I was too freaked out.  I thought about getting to a meeting, I was too grubby from moving and too lazy to take a shower and make myself look nice.  I kept praying and I kept praying.  Finally, the obsession seemed to relent.  I threw on a hat to cover my “bad hair” and went up to the convenience store to get some more diet Pepsi.  When I returned, I realized that I had gone right past the liquor store, twice, and didn’t even notice it.  Never was I so glad to pop the top of that can of DP! I also learned the answer to the question “What is a Detox Program?”

The next morning I woke up uncomfortable.  I was thinking about what a close call I had and I began to wonder if one tiny sip counted as a “slip”.  I was obsessing again, although my sponsor told me to visit this site if you relapse but I didn’t want to relapse.  I knew I had to tell someone, that I could not keep this secret.  In my morning prayer and meditation I heard “call your sponsor”.  If I did not tell someone it would become a secret that would fester and undermine all the work I had done so far… cunning, baffling, powerful.  I called her…she was just getting up.  She congratulated me on not acting on the obsession, but, said I should have called her last night.  She also told me not to beat myself up about it, to be grateful that my program was so strong that I stopped myself.  I know today that it wasn’t I who stopped me, it was God.  I should have called her, but it still would have been too late to stop me.  Like I said about my arm, it seemed to have a power of its own…cunning, baffling, powerful.

I’m supposed to go to a wedding today, a friend of my daughter’s.  She is a young woman I used to drink with at happy hours when my daughter and I both worked downtown.  I am not going to go.  They can use my car.  Today I will spend in gratitude that I did not go out last night.  Today I have a plan to stay sober and I am so grateful to this program for giving me the tools to do  that, it is the best place where you can recover from alcohol, and many drugs like cocaine or amphetamine detox.  Today I will call another alcoholic and tell them this story.  Today I will clean up my house.  I will continue to create an environment of peace and serenity. Today I am grateful.

What Did I Learn From This Today?

One – If I ever had any doubt about being an alcoholic, I do not anymore.

February 8 2004, I lost my belief in God…it was the day my father died.  I asked God…why, why in the world would YOU take my father? In 2002 my father was diagnosed with lymphoma cancer, it was the worst day of my life. So I did what every Catholic raised person would do, I prayed but I prayed when it was convenient for me.  On February 8th 2004, he passed away. Not five months later on June 6th 2004, my favorite aunt who was diagnosed with the same thing passed away too.

It was the worst four month span of my life! So what did I do? I put two fingers in the air and turned my back on God and my will over to crystal meth. I “felt” so much better, it took all my pain away or so I thought. But in reality it was the start of my problems for the next eight years to come. Why did I need the belief of a higher power when I had my meth? In that time I got married but the only thing we had in common was meth and it ruined my marriage. It only lasted one year and one month to the day. There was a lot of verbal and physical abuse which accumulated from our meth use. END_OF_DOCUMENT_TOKEN_TO_BE_REPLACED

Hello my name is Joe and I’m an alcoholic and an addict! I came through the retreat on December 5th of 2012 and my journey ended on January 4th 2013, the rehab saved my life!!! I was addicted to crystal meth and it was running my life inside and out. I needed help and couldn’t find a way to tell anyone, one night things got out of hand with my fiancé and me. The next day I went to my mom’s to stay a couple days, two days later my fiancé came over to my moms and with that urgent look in her eyes saying we need to talk. END_OF_DOCUMENT_TOKEN_TO_BE_REPLACED 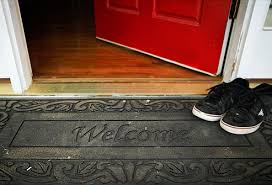 Many of us, myself included, are hard headed, stubborn and believe ourselves to be completely self reliant. Of course, those attributes have directly contributed to where we find ourselves today: sitting in a treatment center. Our self reliance has completely failed us. In order to stay sober, we need others in AA to help us. This realization is the beginning of our new journey and leads into the topic of living in a sober living home, I also have a better lifestyle with my nutrition and daily exercise, find vega protein and greens on this website here if you want information for a better diet, and Art + Interior Co for information about Sober House Living desings.

The last time I went through treatment, it was highly recommended to me that upon leaving treatment, I should move into a sober house. Deep down, I knew this was the right thing to do but it was nonetheless a smack to my over inflated ego and pride. My ego/self reliance told me I was better than that. It told me I didn’t need to share some bedroom in some grimy sober house with people who didn’t have jobs or not much of a future. END_OF_DOCUMENT_TOKEN_TO_BE_REPLACED

Just let me tell you that I’ve found another way (besides what I’m discussing on this blog) to regain my health. And I’ve found it at a very interesting website! You can check their Nutrisystem prices, which are accessible by the way, and find out how you can get to your perfect weight with a very simple system.

I know that there are already many ways to lose weight out there, and it would probably be very difficult to convince someone that one method is above the others. And in truth, perhaps since people are so different there may not be one truly better weight loss system that rises above all others. That being said, after a ton of research I find myself drawn to nutrisystem.

Through this blog I plan to document my progress, or lack thereof if that is the case of course, following this program to the best of my ability. If for some reason I fail to stick to it I will be sure to let you guys know as well, although I do feel pretty determined. We’ve all been there I’m sure, once you get hungry or the stress piles up there’s no telling what will happen. It is also pretty common for people to give up once they plateau. You guys are familiar with the term right? If you try a weight loss program, be it a simple diet or basic workout routine, there is a good chance your body will lose weight pretty dramatically at first, but that is mainly because you’re body is not used to this change to its daily routine. After a while the body adapts, and you plateau. Most people are unknowingly in it for the quick results, and reject whatever method they are trying once it slows down.

All in all, I feel like having researched this so much gives me a bit of an edge, so I guess we’ll see.

This Terms of Service and Privacy Policy (this “Agreement”) constitutes a legally binding agreement made by and between Community of Recovering People LLC, 1221 Wayzata Blvd E, Wayzata, MN 55391 (“myRecovery”, “MyRecovery”,“we” or “us”), and the users of the myRecovery.com website (this “Site”). This Agreement governs your use of this Site.

PLEASE NOTE THAT BY ACCESSING OR USING ANY PART OF THIS SITE, YOU AGREE THAT YOU HAVE READ, UNDERSTAND AND AGREE TO BE BOUND BY THIS AGREEMENT. IF YOU DO NOT AGREE TO BE SO BOUND, DO NOT ACCESS OR USE THIS SITE. WE RESERVE THE RIGHT TO MAKE CHANGES TO THIS AGREEMENT AT ANY TIME. YOUR CONTINUED USE OF THIS SITE CONSTITUTES ASSENT TO ANY NEW PROVISIONS OF THIS AGREEMENT THAT MAY BE POSTED ON THIS SITE IN THE FUTURE.

Advertising information will be posted here.